Donegal County Council says the iCARE Sensory Garden at Looking Glass Brae in Ballymacarry is a very important development and will help children and adults with learning difficulties.

The EU-funded garden also benefits from the support of the Stormont Executive Office, reflecting its cross-border dimension.

Donegal County Council says what iCare has done is inspiring. He says the project reimagined undeveloped land and created a shared space to support peace and reconciliation through sensory play.

The garden, which was officially by Cathaoirleach Cllr Jack Murray, has received funding as part of Donegal County Council’s £5.5million Local Authority Action Plan, which was funded as part of the PEACE 4 program of the European Union.

The Sensory Garden provides opportunities for interactive play for children and adults of varying ages and abilities.

The garden includes different areas to provide a variety of multi-sensory experiences, such as a sheltered sensory activity area, a sensory path and a garden to grow flowers, fruits and vegetables.

The facility also includes a picture exchange communication system board, which provides communication support, with particular benefit for children or adults who are pre-verbal or non-verbal and/or have communication difficulties.

The garden is intended for use by the people of Donegal and neighboring counties, with matching funding provided by the Northern Ireland Executive Office and the Department of Rural and Community Development, Dublin. 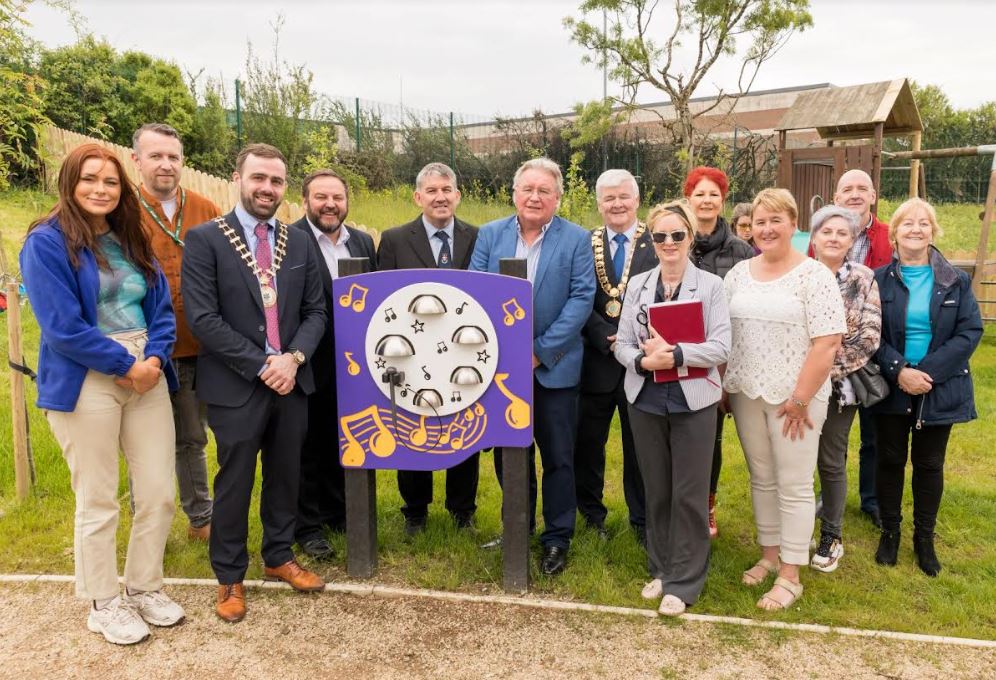