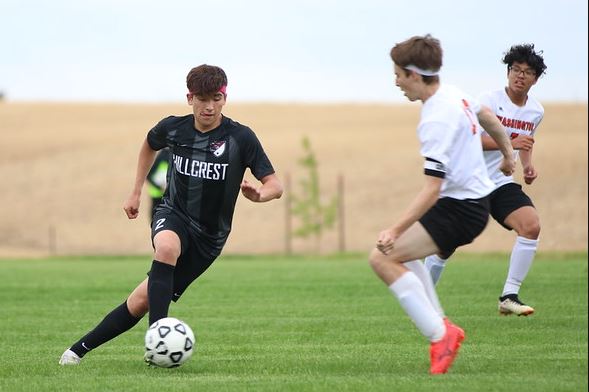 The Hillcrest Academy men’s soccer team started the year on the road and in the rain on Tuesday with a 4-3 loss to the Tipton Tigers. The Tigers were able to take a 1-0 lead in the half in the 28th minute. In the second half, the two offenses followed one another. The 45th minute saw Hillcrest break through on a Diego Ramos strike. In the 46th minute, the Tigers regained the lead on a cross and pushed it to a 3-1 advantage on a scrambling play in the box a few minutes later. Led by a pair, the Ravens got to work. Micah Gerber ran into the box and fired a penalty which Jorge Canchola drilled into the back of the net in the 65th minute to make it 3-2 and Hillcrest equalized in the 72nd minute on Ramos’ second goal, this time on an assist from Canchola. . Locked in a 3-3 tie late, Tipton found the winning goal in the 75th minute, on a play that required the officials to confer after the fact, but ultimately it was the difference. With Tipton winning 1-0 on the year, Hillcrest drops to 0-1. The Ravens are next in the field when they visit Highland on Thursday.