The latest update from the BC Wildfire Service shows the Nohomin Creek wildfire near Lytton has not increased significantly since Friday evening.

However, BC Parks has confirmed that the fire has forced the partial closure of Stein Valley Nlaka’pamux Heritage Park.

The park itself is in a remote area popular with experienced hikers and backpackers.

“This is a wild park containing spectacular landscapes and exceptional historical, cultural and spiritual values. It protects the entire Stein River watershed,” according to BC Parks. “It’s a user-maintained area, with 150 km of trails and hiking routes, four cable crossings, a suspension bridge and several wilderness campsites.” 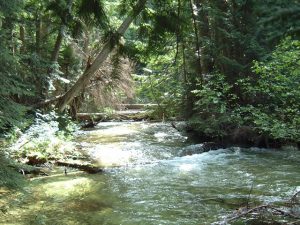 However, access due to the fire is now restricted.

“Due to the Nohomin Creek Wildfire, an evacuation order from the Regional District is currently affecting access to the lower trailhead near the community of Lytton,” BC Parks warns. “There is currently no access to or from the trailhead at this time.”

This follows a decision by the Regional District of Thompson-Nicola and Lytton First Nation to issue evacuation orders on Thursday due to the wildfire, which has already destroyed a number of homes in the area. .

It is unclear how long access to Stein Valley Nlaka’pamux Heritage Park will be interrupted, as fire activity near the trailhead remains an issue. 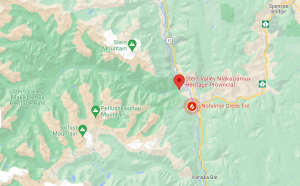